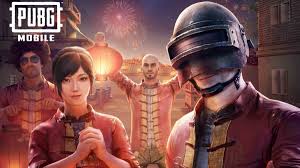 So, we all know the Digital war between India and China. The Indian government is doing everything to make China’s economy downward. Although this affects Indians like Pubg Ban. Tencent lost around $34 Billion till the day of writing due to the ban. Now, everybody knows the reason for Pubg Ban is that it is Chinese so it has security concerns, privacy issues. Few days after the ban news came out that blue hole founder of Pubg removed partnership with Tencent due to the issue. So, are there chances for PUB-G to give a banging ComeBack? The answer is yes, Pub-G can be Unbanned, There are a lot of Chances for this because Bluehole Corporation is separating Tencent Games from their Partnership in India. Indian Government has put 70 questions to all Banned Apps, So this means that there are chances for Tiktok to also Comeback. I hope so it won’t happen.

It is a short Update Blog regarding the current Situation of PUB-G. Thanks for reading my blog. I hope you like it.