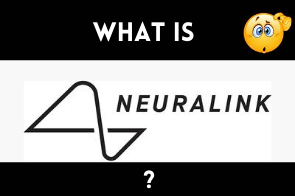 We, humans, are always excited when medical and technical things come together either it is helping machines or complete robotic surgery. So, Elon Musk now came up with an idea of Neuralink the device which is not for playing music directly into the head like memes but to help the disabled people having neurological diseases such as

It is also being claimed that it would record fitness. So, its idea is that there would be 1024 thinnest possible cables running into Brain nerves and generating electric signals, controlling electric signals. Earlier there was a bulkier design but now it is simplified to coin size.

They say that it would be a perfect fit in Skull as the skull is 10mm thick and the same is the Neuralink. Now, let’s talk about some challenges which I think the company would face in its implementation and others too.

Now, Let’s talk about some claims, statements, and a few concerns.

This is a very futuristic technology and can take up to 10 years in development. Many challenges can be resolved using A.I. also like the security challenge, There are many tests going on animals like Pigs you can check there official Youtube to stay connected with progress. Elon Musk is a great Entrepreneur from the beginning. So, we can hope it is possible and not a Pipe Dream. Thank You For Reading, Do like, share, and comment on what you liked.

Also there was great joke I could find Easily.