All-new Android11. Is it Better than Android10? 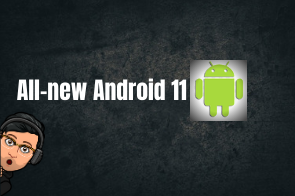 Google officially announced the new OS Android11. In this blog, I will tell you about all the features of a new upgrade in one of the Best OS. It is best for Stock Android and these features can be already existing in One UI or any other. So, let us begin:-

This is done for All-new Android11.

It is surely a great Update. Thank you for reading. If you like my Blog Kindly like, Share, Subscribe to our Blog Site to stay notified. You can tell me your Suggestion in the Comments. You can read my previous blogs: